I’ve recently started mentoring a group of year 7s at school. In the last session, we were discussing whether we could trust our senses and the different ways they can be fooled. Before we had gotten too far, the kids were immediately bringing up the black and blue dress that looked gold and silver. I thought this would be a great opportunity to look at the problem perceptual variation creates for direct realism. 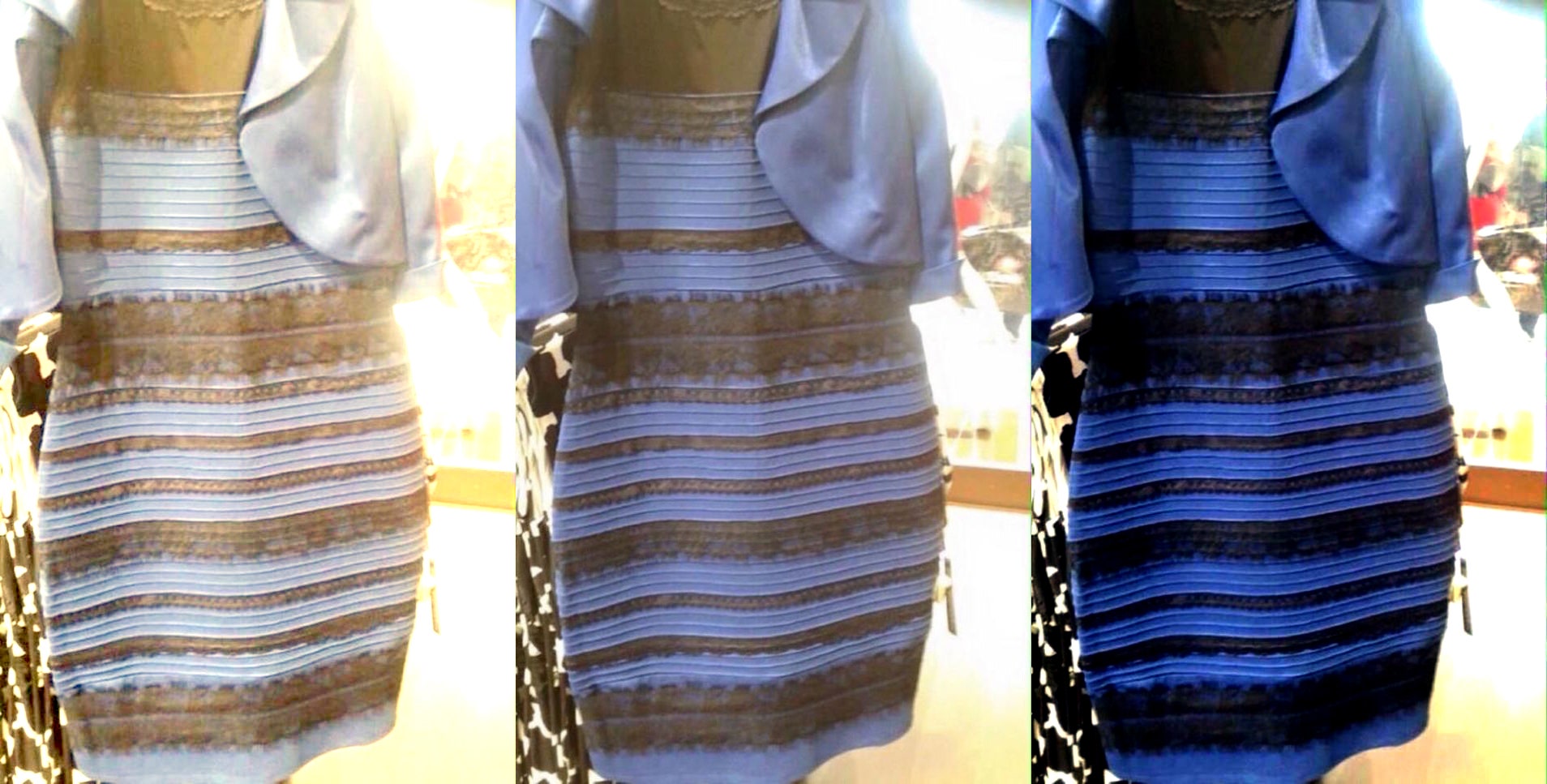 Direct realism is the idea that objects exist (along with their properties) externally from the mind. So, when I see a red door, what I am perceiving is an object in material time and space as part of an external world. When other people also see the red door, they also see the door and see it exactly as I see it.

This would seem a pretty straight-forward idea and matches what we intuitively know. Why wouldn’t there be an external world (that’s a question for another time)? However, most philosophers reject this theory of perception. Why? Because of the dress above. In one set of lighting, the dress appears gold and white. However, in another set of lighting the dress appears blue and gold. It is impossible for the matter the dress is made of to be changing, as the external world is constant, so we can’t be perceiving the object directly. This criticism is known as the perceptual variation challenge.

So, if we have to reject this theory of perception, then what theory are we left with? Most philosophers believe in indirect realism. This is the idea that the object is still external, but secondary qualities (such as colour) are mind-dependant and are produced in the mind by primary qualities. This may seem a bit confusing, so let’s go back to the dress. What indirect realism argues for is that, when we view the dress, the primary properties create a causal process (such as a sound wave, or a light wave) which travels towards our sense organs. Our sense organs then interpret this into sense data (termed by Russell) which is what we view. This means what we view and what the real world looks like are two separate things.

A clear example of this is the table that Russell uses. When we view a table, we know that it is rectangular. However, if we were to draw the table, we would not draw a rectangle but a rhombus like shape. This is because when we perceive the table from a certain angle, we perceive the table as a rhombus instead of the rectangle we know it is. This demonstrates that what we view is not necessarily how things are in the external world. Therefore, we cannot be viewing the world directly, but indirectly via sense data.

A key philosophical idea, brought up by a single person wearing a dress. Who says philosophy can’t be applied to the modern era?

~..~
Hope you enjoyed reading the article. If you liked what you read, please subscribe to the blog. Do you have a comment or question about it? Comment below. Do you have a question that you need answering? Contact me at philosopheradabsurdum@outlook.com. It could in a blog coming soon!